Out & About: Transportation Museums

June 20, 2018
Out & About
things to do San Francisco preschoolers elementary-age 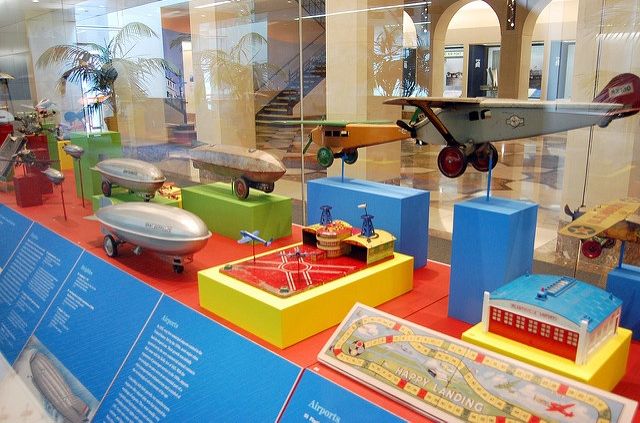 Have a kid who's always focused on the journey? Indulge your transportation-obsessed little one with a visit to an entire museum dedicated to getting around. Megan Bushnell shares some top picks, most of which are free to explore!

At historic Pier 45 you can tour the inside of both a submarine and one of two remaining Liberty warships. Learn about San Francisco’s role in WWII as you imagine what it was like to live and work on these ocean-going vessels decades ago.

Did you know that there is a museum inside the airport? Exhibits displaying the history of commercial aviation are scattered throughout SFO’s terminals. Of the 25 gallery sites, only nine are located behind the security checkpoint. The

See U.S. and Soviet space exploration artifacts in an unlikely location: this volunteer-run, privately funded museum is housed in a storefront within a shopping plaza.

Celebrate San Francisco’s streetcars and trolleys inside this one-room ode to early public transportation. Then hop onto the F-line, an actual “museum in motion,” which stops right outside for a tour down the Embarcadero.

Nestled in the Presidio, this quaint museum is run entirely by volunteers, so call ahead (415.563.4630) to confirm the schedule; they may close if understaffed. Find lots of cool memorabilia on display, including the first fire engine built in California!

Megan Bushnell is a former marine biologist who is encouraging her daughter’s dream to become an astronaut. Space ice cream might be involved.

This article originally appeared in the September 2016 issue of GGMG Magazine. Photo via Flickr.