Out & About Lil' Kid: The Cable Cars

June 29, 2018
Out & About
San Francisco things to do babies toddlers preschoolers elementary-age 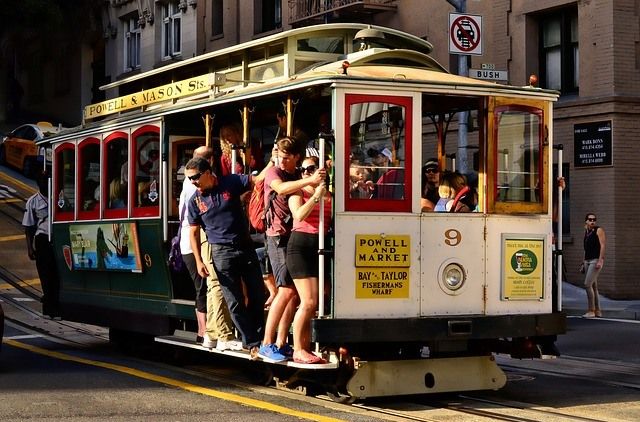 With a holiday week upon us, why let the tourists have all the fun? San Francisco’s three cable car lines have serious kid appeal: steep hills, noisy clanging, and a thrilling lack of seatbelts. If you've been waiting to take the kids on board, check out Stephanie AuWerter's tips for a successful outing. For more specifics about riding cable cars, SFMTA has a helpful cable car info sheet available here.

Cable cars offer fun hop-on/hop-off adventures, provided you’re game for potential lines, crammed cars, and grumpy conductors—and provided you are willing to pay $22 for an all-day pass for each member of the family.

The most touristy lines—Powell-Hyde and Powell-Mason—start at Market Street (at Powell Street) and end near Fisherman’s Wharf. Powell-Hyde is arguably more scenic and has several kid-friendly pit stops. You can grab lunch at 1950’s charmer Lori’s Diner (500 Sutter St.) and then hit the Cable Car Museum (1201 Mason St.). Visit Swensen’s Ice Cream (1999 Hyde St.) and work off that sugar buzz at Helen Wills Playground (1401 Broadway St.). You’ll end up near Ghirardelli Square, where you can refuel at the newly-opened SF Brewing Co. Restaurant, and then chase seagulls at Aquatic Park Beach (599 Jefferson St.).

To beat the crowds, try the California Street cable car line, which starts a couple of blocks away from the Ferry Building and Sue Bierman Park Playground (230 Drumm St.). Jump off at Grant Avenue to visit Chinatown’s Dragon Gate  (at Grant Ave. and Bush St.) and end your day at the labyrinths at Grace Cathedral (1100 California St.).

Stephanie AuWerter is a freelance writer and editor, who, thanks to her 4-year-old daughter, has ridden more cable cars, puffer trains, and carousel horses than she previously thought possible.

The original version of this article appeared in the September 2016 issue of GGMG Magazine.