What to Do When You Feel Like a Failure 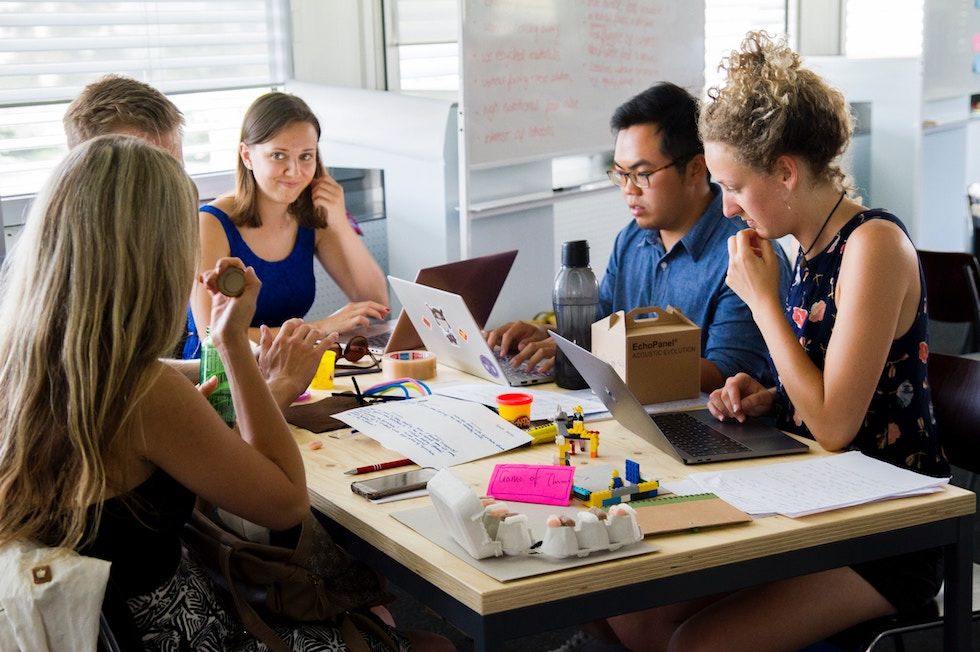 “We’re putting you on a performance plan.”

When I heard those words my face flushed and I instantly felt sick to my stomach. It was all I could do to sit there and listen to my manager detail out the ways in which I had failed to meet expectations.

I had been working for nine months at what I thought was a dream job, as an Associate Brand Manager for Haagen-Dazs. When I got the job it seemed too good to be true. It was a coveted position in the Bay Area, where there are so few brand management jobs, many of which involved working on a product as exciting as canned tomatoes (literally). I had tried for two years to break into brand management with no luck, and would have killed for a job managing canned tomatoes! When I got the job at Haagen-Dazs I couldn’t believe they had chosen me.

Nine months into the job, when I found out I was being put on a performance plan and had 3 months to shape up or I’d be fired, I was completely shocked. I totally hadn’t seen it coming.

It was bad enough to be told I hadn’t met their expectations. I’d always been an A student. I’d gone to a top-ten business school. When I worked hard at something, I was used to being told that I’d done a “good job.”

Hearing that I wasn’t meeting expectations filled me with such a sense of shame. It felt like confirmation of my fear that it had been too good to be true: that having a dream job wasn’t possible for me. That they had made a mistake in hiring me. That I was some kind of a fraud.

But the worst part was the fact that I thought I’d been doing well.

If I had actually been doing a bad job all along and had no idea, where else in my life might I be oblivious to the fact that I was totally failing?

It shook my confidence in myself so deeply that it took me years to recover. And I gave up on the idea of doing work I loved. It felt better to play it safe than to risk ever experiencing again what had felt like a soul-crushing, shame-filled failure.

At one time or another, we are all almost certain to experience something that feels like failure. Looking back now, and being in such a different place in my life today, I see my own failure experience so differently than I did at the time.

Here are three things I know today that I wish I’d known back then:

When I first found out I was on the verge of getting fired, I felt so ashamed and alone. I imagined everyone else was totally kicking ass at their jobs, while I was the loser.

A few weeks later I confided in a friend at work, only to find out that she was on a performance plan too! I later found out that more than a third of the department was either on one or had been at some point. It was an epidemic!

While that knowledge definitely helped my ego at the time, I now see that the fact that so many of us were in the same boat is actually beside the point. When I compared myself to others I went from feeling bad to worse.

Comparing yourself to others focuses your attention on external definitions of what you “should” do or who you “should” be rather than allowing you to connect with what YOU want and value. Comparison is a trap that makes it that much harder to tap into who you really are and what you really want.

2. Be kind to yourself

When we feel like we’ve failed, the default for most of us is to be pretty hard on ourselves. Whether it’s coming up with the reasons why it’s our own fault, focusing on what we see as our own weaknesses or shortcomings, or just generally judging ourselves for what happened, most of us react with some degree of harshness and self-criticism. Or we ignore our pain and adopt a stiff upper lip approach.

Instead of treating yourself harshly, what if you were to respond as you would to your best friend? Or the way you hope your kids will one day respond to themselves when they feel like they’ve failed?

What if you forgave yourself for what you saw as mistakes? What if you acknowledged how hard you’d tried, or understood and forgave the reasons why you didn’t try so hard? What if you showed yourself the same kindness and compassion you’d show a good friend?

Self-compassion doesn’t mean that you become complacent and self-indulgent. It means opening your heart to who you really are, faults and all. When you’re no longer fighting yourself, you make space to grow and change.

3. Examine your definition of success

I had lived my life trying to please others, and success meant following the conventional path I thought I “should” follow—the one that seemed to make other people happy.

But even though I thought I was in my dream job, I wasn’t actually happy. On a daily basis I felt stressed, overwhelmed, and out of place.

Even though I tried to ignore it, there was a voice deep down that told me what I already knew to be true: I was never going to be happy in a life spent trying to achieve someone else’s definition of success.

Although I did not leave the corporate world and start my own coaching business until years later, looking back now, I can see that this experience was a turning point for me—one that made me realize that the corporate world was not where I wanted to be and one that prompted me to start to question how I defined success. When I was growing up, I learned that success meant getting a stable job with a good paycheck. Today as a mom to two girls and as a life and career coach, I define success so differently. Success means doing work that makes me feel fulfilled on a daily basis. It means living a life in alignment with my values. It means being in integrity with who I am and feeling like I am being a role model to our kids.

If you feel like you’ve failed at something, question your definition of success. Is it truly YOUR definition or are you telling yourself what you think you “should” do? What if this “failure” is actually an opportunity to grow into the person who you are meant to be? What does YOUR inner voice know to be true?

Read the first post in Julie's series: How Motherhood Can Give You the Courage to Find Work You Love.